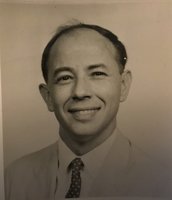 John Earl Burdick, Sr., husband, father, papa and friend, passed away on Friday, January 25, 2019, after living a great life, with the love of his life, his wife Cathy, children and grandchildren.

Born in Troy, NY on August 11, 1947, he is the son of Mary (Pierce) Burdick and the late Eugene P. Burdick, Sr. John was a graduate of Berlin High School.  He was highly respected for his honesty and integrity by all who knew him.  He was always there when someone needed help.  John was employed by S.S. Pierce Co., for 25 years and then for Amerada Hess, driving gasoline tankers for 20 years.

John’s family would like to thank everyone at  the Samaritan Hospital ICU and St. Peter’s Hospital ICU for the great care given to John while he was there.

A memorial service, remembering John, will take place on Saturday, February 2, 2019 at 1 PM at The Kingdom Hall, 20 Cooksboro Road, Troy, NY 12182, relatives and friends are invited to attend.