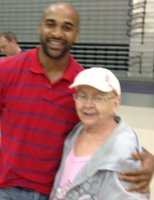 JOHNSONVILLE- Paul E. VanAlstyne, Jr., 52, of Johnsonville, died from injuries sustained in an ATV accident on May 30, 2021. Born in Albany on December 24, 1968, Paul was the son of Paul E. VanAlstyne, Sr. and the late Maria E. (Richardson) VanAlstyne Russo. He was raised in Watervliet and attended local schools. Paul worked as a contractor at the Watervliet Arsenal, as well as CNR Contractors with his uncle Glen. He also worked in pizza shops owned by his Dad and Chico. Paul's favorite place to visit was Atlantic City, staying at the Hard Rock Hotel overlooking the ocean. He enjoyed gambling with Aunt Lyn a.k.a. "Dinda" and they traveled to many casinos together. Survived by his father, Paul E. VanAlstyne, Sr. and Linda Strack, his sons Paul Birch and Daniel VanAlstyne, as well as his grand-babies; Mason Greyson, Annalise, Ryleigh and Liana. Paul is also survived by his sister Patricia and her husband Daniel Jarvis, Jessica, Jacob and three grand-babies; Mickey, Frankie and Braydon. Many Aunts, Uncles, Cousins and extended Family also survive. Paul was predeceased by his mother Maria E. VanAlstyne Russo, as well as his grandparents. Relatives and friends are invited to call from 12-3PM on Saturday (June 5) at Riverview Funeral Home, 218 2nd Avenue (corner of 104th Street) Troy.