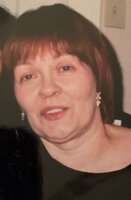 TROY- Ara Krikor Mahserdjian passed away on Friday, December 31, 2021, after a long battle with illness. Ara was born on February 29th, 1946, in Beirut Lebanon. The second child of Krikor and Aghavni Mahserdjian, he grew up and attended school in the Achrafieh neighborhood where he joined many of the Armenian community organizations with his four sisters and one brother. Ara would find success in the garment industry of Lebanon and would travel all over Europe curating collections for his customers. He found his future wife while working in the same industry. Ara with his wife and two children emigrated to America in 1981. He almost immediately immersed himself into the Armenian American Community of the Capital Region and became one of the founding members of the Armenian Youth Athletics Union known as Homenetmen. Ara is survived by his wife Sona, sons Krikor, Raffi and Hrag, Grandchildren Aren, Ari, Tavit and Sion, Daughter in laws Marie and Joanna, His sisters Adrine Toroyan, Sonig Mahserdjian and brother Razmik Mahserdjian. The funeral service will be held on Wednesday January 5th beginning at 12PM at Holy Cross Armenian Apostolic Church, 255 Spring Ave, Troy NY. Viewing will be prior to the service from at 10:00AM and end at 12:00PM, followed by the funeral service. Interment will follow in Elmwood Hill Cemetery, 51 Belle Ave, Troy, NY 12180. In lieu of flowers donations can be made to Holy Cross Armenian Apostolic Church of Troy or Homenetmen of Albany. He will forever be missed by his loved ones. Professional arrangements were entrusted to: Riverview Funeral Home, Inc. To leave a special message for the family, please visit: TheRiverviewFuneralHome.com